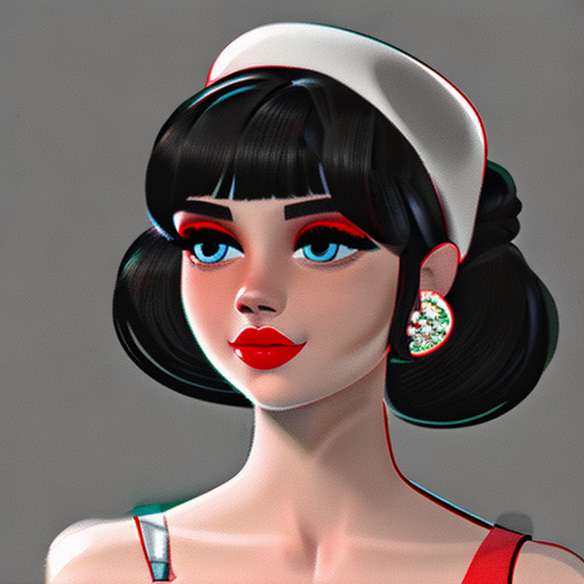 Kerry Washington is definitely the star of the moment. Since the beginning of 2013, the 36-year-old actress has never ceased to chase successes. In January, she was a hit with the film "Django Unchained" by Quentin Tarantino. In the process she bluffed the whole world by playing the super-woman Olivia Pope, main character of the series "Scandal". A first for an African-American actress. Finally, last week the American edition of the prestigious Vanity Fair magazine awarded the actress the best-dressed celebrity award of the year.

Everything seems to be looking good, so for the actress that the audience discovered for the first time in 2004 alongside Jamie Foxx in the movie "Ray". If the young woman is an inveterate fashionist, she also knows a beauty issue. So, Sunday, August 4, Kerry Washington was in Los Angeles for the Summer Stars Party organized by Disney and ABC. The least we can say is that it shone, thanks to a simple beauty look but very red carpet version summer. The actress had opted for a hair bun high bun with a small side "quick, well done". This hairstyle, perfect for summer, lengthened its silhouette while ensuring a look of the most elegant.

As for makeup, Kerry Washington has achieved what few women really manage to wear and do: make sure you do not get too much makeup, even when you have stressed your eyes and mouth. Regarding the look, the actress had stretched her eyelashes to the maximum and placed a thick line of black pencil on her upper eyelid. Inside the lower eyelid, a light line of the same pencil was enough to intensify the look. All illuminated by a touch of delicately pearly eyeshadow deposited in the hollow of the eye. On the lips, the actress had opted for a lipstick coral whose rose tip was used to soften the set to avoid a make-up too busy.