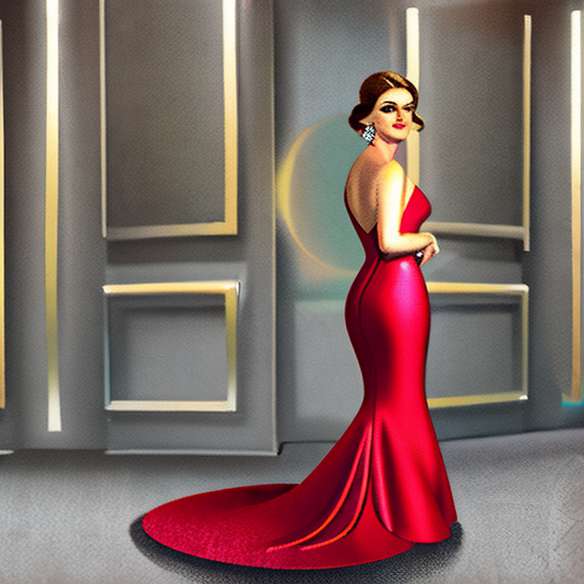 On Monday night, the Broadcast Television Journalists Association met for the third edition of the 2013 Critic's Choice Award, held in Los Angeles. During this event, many stars found themselves on the red carpet and were more elegant than the others. Thus the actress Kaley Cuoco who plays the role of Penny in "The Big Bang Theory", won the prize of the best actress in a secondary role in a comedy.

As usual, Emmy Rossum did not fail to share his singular style and displayed a glamorous and elegant look to attend the evening. Although the actress in the Shameless series did not come away with a prize, the American actress shone on the red carpet. Indeed Emmy Rossum had opted for a long dress slightly glittery red and very sexy cut in the back. Her outfit that put sublimated her beautiful silhouette was signed Naeem Khan, the collection pre-fall 2013. To complete its look, the star had chosen a pair of diamond earrings and a pair of pumps. On the beauty side, Emmy Rossum was tackling a wavy side hair, one of the great hair trends of the moment that the stars adopt on the red carpet. She had also chosen a discreet make-up with a line of eyeliner over her eyes and bet on her glamorous red lipstick that matched her outfit and embellished her smile.