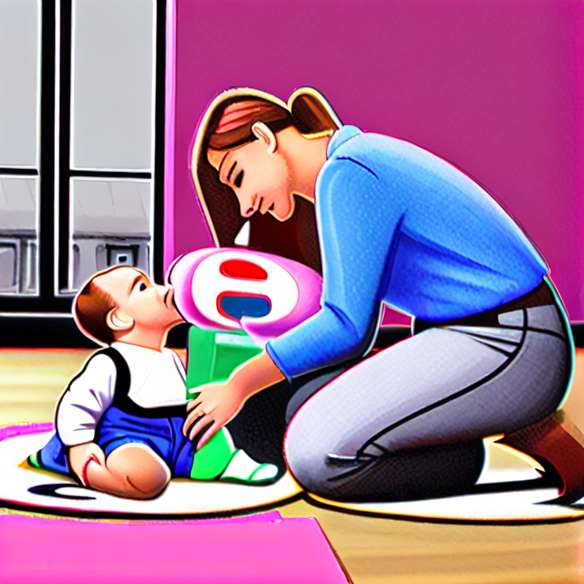 Michel Polnareff, shocked by his wife Danyellah's confession and a DNA test, said: "It is with great sadness that I must announce to you that the baby is not mine, because of my insistence on a DNA test. , Danyellah confessed to me the truth and the test confirmed it "wrote Michel Polnareff on his Facebook. "I regret that we have to share this enormous sorrow and this terrible disappointment". Michel Polnareff also said "that her partner disappeared with the baby".

These lies, these betrayals do not only affect Michel Polnareff ! Nowadays, there are more and more men who have doubts about the loyalty of their companion and consequently about their paternity. They want to know if they are the biological fathers of their children.

The numbers speak for themselves!

According to the British medical journal The Lancet, 1 in 30 children (3%) in the world would not be his father declared.
According to Jean-Paul Moissan, professor of medical genetics and CEO of the Nantes Atlantique Genetics Institute, the number of paternity tests ordered by the courts in France would be 3,000 to 3,500 per year.
On French territory, fathers would be between ten and twenty thousand every year to use paternity tests from foreign laboratories via the Internet. An illegal practice.

When doubt settles, what to do?

As a saying goes: "The mum surely, dad not sure ... "Nowadays, DNA tests can determine 99.99% if a man is or is not the father of a child.In France, the demand for a test of paternity is only permitted in the framework of a judicial procedure which relates to the ties of filiation in accordance with the French bioethics law.
This law requires a judge to order the test and an expert in an accredited laboratory to be appointed to do so. Before starting a genetic testing procedure, it is therefore advisable to take a lawyer who will begin the steps and formalities with the district court of your place of residence.

Paternity tests available via the Internet are booming with worried fathers

In many countries (Belgium, Canada, United States, Switzerland, Germany, England, Italy, Spain), free use of paternity tests is permitted. If you decide not to comply with the law, the result will have no legal value and if you get a DNA test from a foreign company found on the web, your order may be seized by customs and you are liable a fine and a term of imprisonment.
Many of them flout the law! Between 10.000 and 15.000 men in France brave the law and address, via Internet, laboratories located abroad who offer their services for a few hundred euros. Remember that these results will have no legal value in France.

How to do a paternity test?

First, we must compare the DNA of the child with that of the father. So you have to do a paternity test. There are several ways to do a paternity test: blood sample, oral mucosa analysis, hair analysis. Traces can be recorded on different media. Thanks to a sample and after several scientific manipulations, specialists will obtain a barcode that will be specific to each individual and directly visible by fluorescence. For paternity tests, the child's genetic fingerprint is created. The child inherited a paternal chromosome and a maternal chromosome. The barcode of the child is compared to that of his alleged parents.

You can not force someone to submit to a paternity test. In case of refusal of the person concerned, however, the judge can draw conclusions.

As Michel Polnareffyou are the father of a child who is not yours! You had a child whose husband is not the father. One day, he discovered the truth. You have experienced a similar situation. React on our forum.