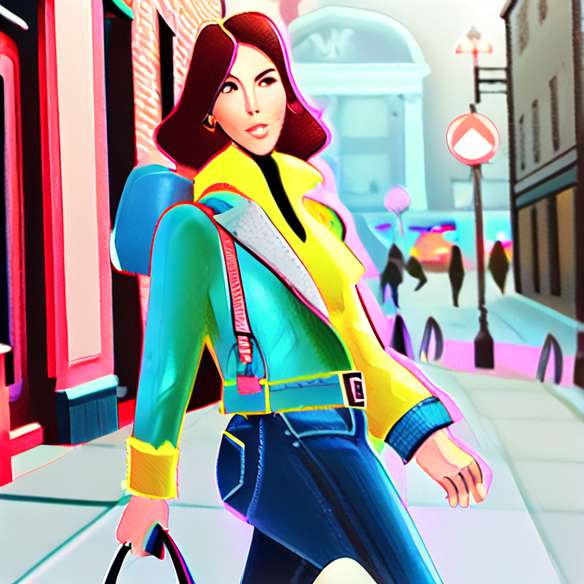 Yesterday the pretty Heidi Klum made a very noticed appearance at the exit of his hotel, in the district of Soho, in New-York. The top left her family cocoon to go to the big apple since she participated in the famous show America's Got Talent. Indeed the model is a member of the jury alongside Spice Girl's former singer Mel B, in the eighth season of the American show that was launched in 2006 and which is broadcast on the NBC channel.

Still at the top at 40, the former Angel of Victoria's Secret who is a mother of four children (Leni, Henry, Johan and Lou), does not hesitate to put his assets in value at each of his appearances. Indeed, the star had chosen to wear a total look black and white big tiles. The set consisted of a slightly loose t-shirt and mini-skirt. To put the color as a whole, the beautiful had opted for a yellow handbag, one of the major trends of the moment, endless black heels to lengthen his figure and a pair of sunglasses to protect himself flashes of the paparazzi. On the beauty side, the star had tied her hair up and was tackling a discreet make-up that highlighted her pretty, tanned complexion.