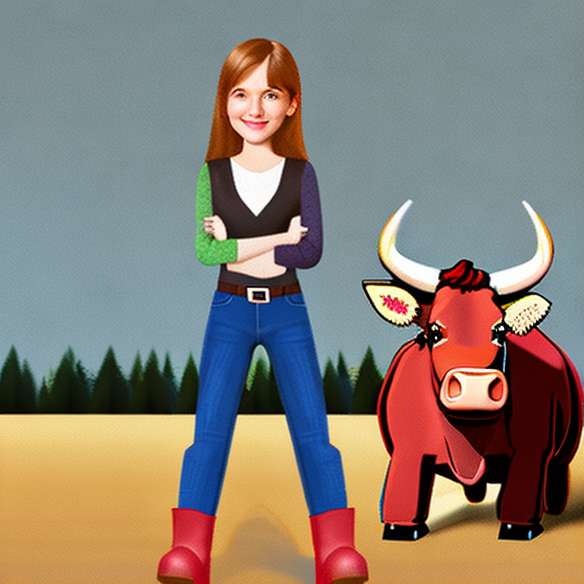 The birth of a passion
Although Laurence has lived in the countryside since childhood, she did not know the farming community. For ten years, she lives on the farm of her husband Fabien, breeder of Charolaises, but she had always kept a very distinct professional life. The young woman worked as a medical secretary in a clinic for six years. A little more than a year ago, she felt the desire to invest herself totally in the job from her husband. With the latter and his father-in-law, they created an agricultural society. "I have always loved animals and over the years this world has become more and more interesting to me and today it fascinates me.My parents have hallucinated, it is the good term, when I taught them that I changeais job. They found this incredible. It amuses me to think back to what I was saying to myself, "I will never marry a farmer and live on a farm." I believe that, as long as we are not fully involved in this jobwe can not understand it. Especially since this environment has evolved. I am not the peasant with red cheeks with mud everywhere! "she confides amused.

"I fell in love with cows " !
His first approach to cows was not conclusive. "I was afraid of animals, but it's still big animals." Very quickly, Laurence was surprised to cowsto love it. "I think I literally fell in love with her," she says. And there is no doubt about the content of this admission, so her tone is enthusiastic when she speaks about it. She is a real little family she takes care of: 120 Charolais mothers and their calves. A link was established very quickly between the animals and her. She also calls each cow by his first name. If, to our ingenuous eyes, they seem all identical, for her, each one to its expression and character. Laurence pampered them, especially those she presents at the competitions and she loves to pamper the calves. But although it is in the field of reproduction, it sometimes happens that it must separate from a cow. And it is with the tight heart that she does it.

Do not be overwhelmed by this passion Laurence did not choose the ease by opting for this job who stays physically hard. She is fortunate, however, not to have to get up at 5:00 am like some farmers. But it happens that when a cow is about to give birth, it requires increased monitoring and it is sometimes at 3:00 in the morning that she is out of bed for a calving. "The first time, I was very impressed and even more so when I attended a cesarean section, I learned so much, even medical, since I chose this life."
But Laurence does not see that for her cows. With her husband, they force themselves to have other occupations, "not to be eaten by them". Because his job it's 7/7 days and 24 hours a day. They give themselves a week of vacation each summer, but not more, and some outings in the year. Every two weeks they take part in competitions, small puffs of oxygen for Laurence. "It takes a lot of organization when you're away for two days, but I love this environment, I find friends, colleagues and people as" fadas "as me, it changes the ideas anyway. likes to prepare the animals that compete.
Even if she gravitates mainly in this agricultural world still very masculine, she does not remain less woman. "It's important for me, for my couple." Do not imagine it with a bibgy overalls! Admittedly, she is obliged to adopt an adequate dress, but that does not prevent her from following fashion. "I wear trendy jeans to go to cows ! she says, "My life is here in the middle of my farm. I'm good at it It's such a chance to share his passion with the man you love. "And the relief seems assured with their little boy who does not seem frightened by these big beasts." Laurence is so passionate about her job that she immediately gives you want to spend a few days by her side to meet Victoire *, Noëmie or Nougatine ...


America: Merit-Based or Who-You-Know-Based? - Between the Scenes | The Daily Show (December 2021)