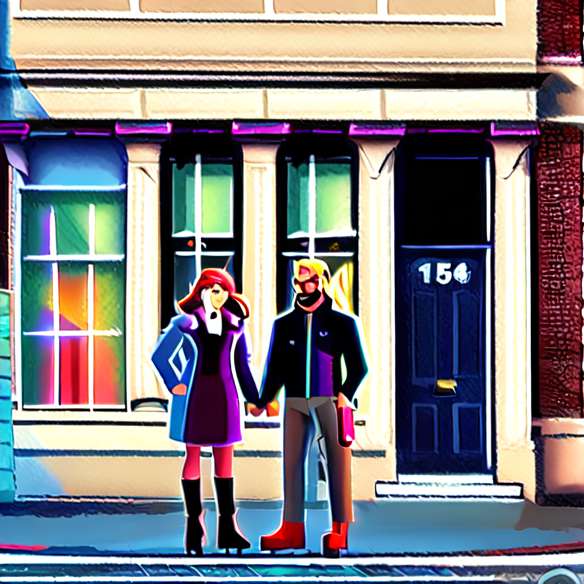 Between two concerts of his world tour Diamonds World Tour, Rihanna is currently in Paris to attend the Autumn-Winter 2013-2014 Haute Couture Fashion Week. The beautiful was seen in the evening with actress Jennifer Lawrence, but also in the front row of the parade Chanel with a long sexy white dress yesterday morning then at the exit of the hotel Monceau in the afternoon.

To leave the famous Parisian hotel, the star had opted for a casual chic outfit. Indeed, the 25-year-old singer wore a jacket black blazer with a white T-shirt where you could see a picture of the famous American rapper Tupac, who died in 1996. To complete his casual chic look, Rihanna chose a leather short-bermuda shorts and a pair of two-tone pumps Chanel from the 2014 Resort Collection, which she was already wearing during the presentation of the 2013-2014 Fall-Winter Collection at the Grand Palais.

The beauty has also created a surprise by attending the parade of the house double C yesterday morning. But remember, a few months ago, the singer who likes to create the buzz and feed his Twitter account with photos or status, already showed his love for the French fashion house. On the beauty side, the singer who was still blonde recently opted for a tie & dye on a slightly wavy copper base. Beauty side Rihanna wore a pair of XXL sunglasses.