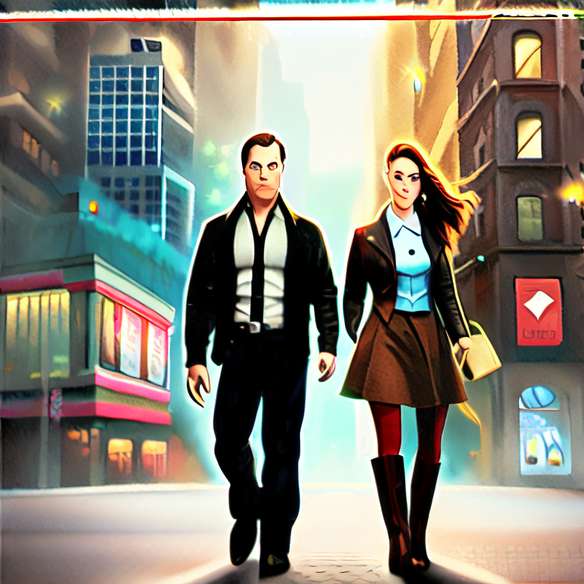 summary
During the second half of the twentieth century, several hundred people faint mysteriously in nature. One day, all - 4400 in total - reappear in the same place with the same clothes, without having aged and endowed with more of certain paranormal faculties which very interest the government. They do not remember anything. Two FBI agents - Tom Baldwin and Diana Skouris, respectively played by Joel Gretsch and Jacqueline McKenzie - are tasked with investigating, monitoring and collecting the stories of those men, women and children who have, at the very least, difficulties in reintegrating the course of their lives.

Our opinion
Certainly, The 4400 immediately recalled the X-Files series with the principle of kidnapping to the credit of "extraterrestrials" and a couple of FBI agents responsible for clarifying the mystery. Yet we can not help but gradually focus on the characters put forward by the writers, who take up as much space - if not more - than the investigators.

Those who are scared away from science fiction will not long resist the way feelings and relationships are put forward, just as they will soon be caught up in the game of twists and the ever-growing desire to finally know what happened to these 4400 people (it will be necessary to wait at least 2 other seasons to know it, hoping that the producers will not play on the success of the series to make us wait too long ...). The principle of time travel made by the "disappeared" - who reappear after several years of absence without having taken a single wrinkle - also participates in the interest of the series.
Finally, we find the actor Peter Coyote ("E.T.", "Erin Brockovitch", "Sphere" ...) as director of the National Security Department of Seattle.

The DVD
Those who have not seen this series on TV will be happy to discover it at home. Others, as well as bonus fans, will be disappointed by this DVD which contains, apart from the five episodes (including the double pilot episode) of the first season, absolutely no extra.