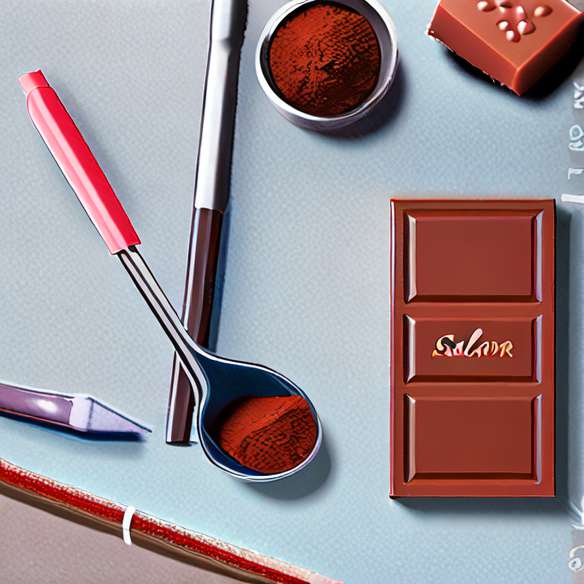 The year of quinoa
The United Nations said 2013 would be the international year for this very nutritious little seed from the Andes. So now is the time to try this food that the World Health Organization (WHO) has called "golden seed" for its nutritional value (gluten-free, high-protein and low-fat) , it contains all the amino acids essential to our body) and that Bolivian President Evo Morales sees as a response to famine in the world.

The Salon de la Famille and gourmands
If you are looking for an exit idea in family nice for the last weekend of January (from Friday 25 to Sunday 27), rush into this brand new lounge for small and big gourmets! On the program: free introductory cooking workshops (fruit and chocolate, aromatic cuisine and taste improvisation, revisited classic, childhood memories ...) for little cooks (3-6 years), cooks (7-12 years old) ), junior toques (13-17 years old), parents and grandparents.
Program of workshops and purchase of pre-sales on: www.lesalondelafamille.fr

Michel Roth at Air France
Starting February 1st, Air France business class passengers will have the privilege of tasting special menus created by the two-Michelin-starred Ritz chef. After Joël Robuchon and Guy Martin, it is indeed the turn of Michel Roth to imagine 6 unique hot dishes renewed twice a month. The happy passengers will discover them for 8 months on all long-haul flights departing from Paris-Charles de Gaulle. Hmm ... would you like to go on a plane or to have dinner tonight ?!

Top Chef: The Cruise
From April 11 to April 15, the first-ever eponymous flagship cooking cruise will connect Miami to Cozumel, Mexico. On board the Celebrity Constellation, the 2,000 passengers will have fun with the judges and candidates of the American version of the show. For $ 699 (per person in a cabin for 4, and up to $ 3,499 per head in a suite), travelers will be able to admire the talents of the cooks during "quickfire" cooking demonstrations (the famous "shotgun" event) , or ask questions of featured presenters Tom Colicchio and Gail Simmons.

Week of Taste
As every October since 1990, the 24th edition of the Week of Taste (from 14 to 20) promises to carry out its missions:
- education in taste, diversity and pleasure of tastes and flavors,
- educational information on the products, their origin, their production method and their specificities but also on the food industry,
- transmission of know-how and
- encouraging behavior and food consumption as part of a balanced and sustainable way of life.

The Braderie de Lille
If you're wondering why this event is on this agenda, it's because you've never seen this huge event as friendly as it is gourmet! Because the Braderie de Lille is not only 3 million visitors and 10 000 exhibitors spread over a hundred kilometers the first weekend of September (31 August-1 September this year), it is mainly the informal contests of the the highest mountain of mussel shells piled up in front of each restaurant for this occasion, mussels and fries constituting the traditional dish of the chti rummage (500 tons of mussels and 30 tons of French fries sunk every year).

The Salon du Chocolat
A must-see event for chocolate artisans and retailers, but also shockovores, chocophiles and lovers of chocolate sensations of all kinds, the next Chocolate lounge will open its doors in Paris from Wednesday, October 30 to Sunday, November 3, 2013 on two levels in Pavilion 5 (just after Chocolate lounge Professional with the famous Fòrum Gastronòmic, to be held from October 28 to 30, 2013 - Pavilion 4). Animations (Cocoa Show, Choco Demo, Chocosphère, Chocoland ...), events (parade of chocolate dresses, chocolate awards ...) and exhibitors, all in this show salivates just to talk about it.
www.salonduchocolat.fr

Euro Gusto
On 22, 23 and 24 November, the Parc des Expositions in Tours will host the third European Biennial of Taste, Biodiversity and Food Crops organized by the Slow Food movement. Under the theme of "Gastronomy for all" and through several fun and educational spaces (product market from here and elsewhere, Slow Food Presidia from France and Europe, Bistrot Paysan, Nothèque, Taste workshops and of the Earth ...), visitors, young and old, are invited to (re) discover the pleasures of the table by adopting a citizen and eco-friendly approach.
www.eurogusto.org