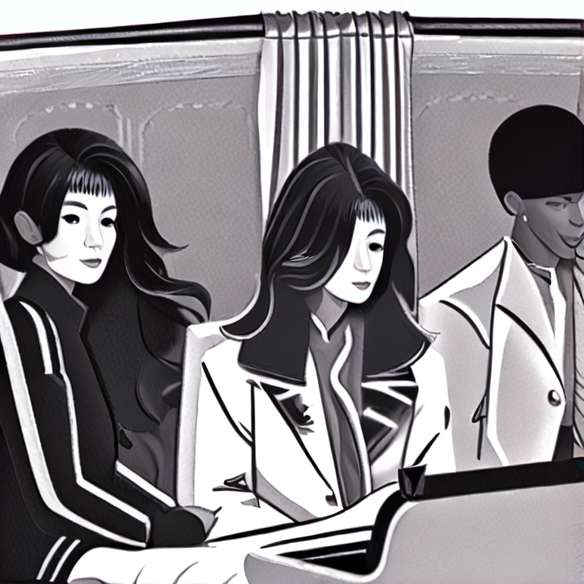 10 years after the publication of the first volume, the writer announces the continuation of her novel sold more than 500 000 copies. We immediately wonder if this second volume will give birth to a new adaptation to the cinema. Perhaps we will have the chance to see again Meryl Streep in the role of the terrifying Miranda Presley, editor-in-chief of Runway Magazine and Anne Hathaway in that of the kind and loyal Andrea Sachs "Andy".
Regarding the plot of this second book, we learn through Entertainment Weekly that Andy became editor-in-chief of her own magazine. The young journalist is also preparing for her wedding. Everything is going well for her and Emily, her former colleague at Runway Magazine who had made her life hell before. But one day, Andy is haunted again by the image of his former boss. That's when things will change.

Lauren Weisberger was inspired by her experience in the US Vogue editorial where she worked alongside Anna Wintour. She sought to show some of the fashion industry's practices through this publication. It was a huge success that gave rise to a great controversy. The author of the "Devil Wears Prada"So sign the continuation entitled: Revenge gets dressed up Prada : the devil is back.

For those wishing to devour this book, go to April 2013. In the meantime we will be satisfied to remember the famous lesson of fashion inculcated by Miranda Presley to Andy, which became a mythical scene of the film, remember: "this sweater is not just blue, it is not turquoise, it is a sweater called cerulean. I guess you're unaware that in 2002 Oscar de la Renta took over cerulean military jackets ... then he ended up in a liquidation tank of a ridiculous ready-to-wear shop. Anyway this pull represents millions of dollars and a huge number of jobs and I admit that I find it comical that you think this sweater exempts you from the fabulous world of fashion when in fact it was created especially for you by the people present in this room. Among a pile of various stuff! "