The evolution of your baby between 0 and 3 months 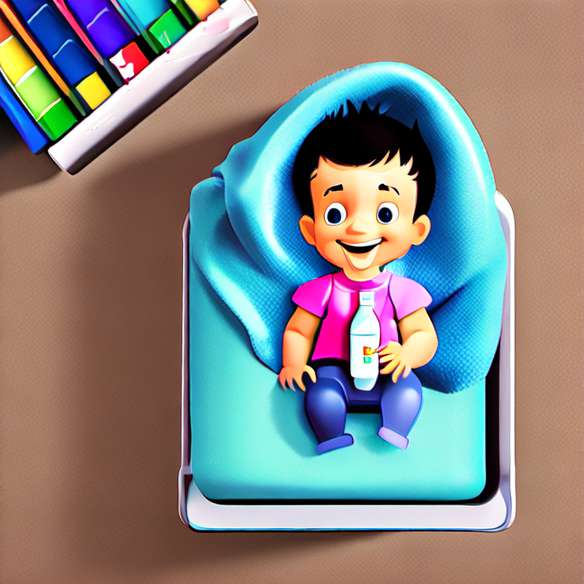 A few hours after birth, your baby recognizes his parents by voice and smell. At two months, he smiles in response to yours, but he does not recognize you at sight yet, so he smiles at anyone smiling at him, at 3 months, he babbles ... Between 0 and 3 months, it has already strongly developed in several areas.

His weight has increased from an average of 3.3 kg at birth to 5.8 kg. Be careful, like all measures, this is only an average! The bottom line is that its weight curve progresses in harmony with your doctor's expectations.

Baby sleeps about 20 hours after birth. In his first month, he goes to 18 hours and this, up to 3 months.

His meals There are 7 to 8 at birth. It often goes to 4 more structured meals around 3 months. Baby may have some problems with digestion: regurgitation and stomachaches. These should be absorbed quickly enough.

His head is mobile. After birth, his body and neck are soft because he lacks muscle tone. At 3 months, you still have to support your head even if you keep it straight. It can show early weariness to stay in the same position.

His motor skills are very limited. Its members relax slowly. At 2 months, his hands open and tend to objects that he covets, even if he does not yet know how to grab them. Around 3 months, if you hand him an object, he grabs it. He can start rolling on his sides and standing on his forearms. Baby feels stimulated on a waking mat and he may be interested in mobiles and rattles.

Vision is the most immature sense of your baby at birth. He begins to see some contrasts and bright colors. At 3 months, he turns his head to follow the movements around him and discovers his hands, it is also at this stage that he can fix you intensely and tries to get your attention by his movements.

The hearing is a well developed sense from birth. Baby is interested in different sounds and the music can calm him down. He loves to hear the beatings of your heart against your chest. At 3 months, your baby recognizes your approaching footstep.

His way of communicating evolves quickly. In her first month, baby splits his time between bedtime and meals. His tears signal when something is wrong. At 2 months, your baby tries to vocalize. He loves verbal exchanges with you. At 3 months, he listens to his own voice attentively and chirps to show his well-being and contentment. He uses his body to make himself understood: he tenses when he does not want to go to bed and follows the preparations of the bottle.

Our advice
If your child needs a lot of tranquility at birth, from 3 months, he loves the company and loves to participate in the life of the house since his relax! That does not mean that when you receive friends, they have to stay chatting over their cradle. Your baby is sociable, but he must live in a calm atmosphere. Respect his rhythms; the more life has a predictable rhythm, the safer it feels.

The Stages of Embryo Growth (August 2022)