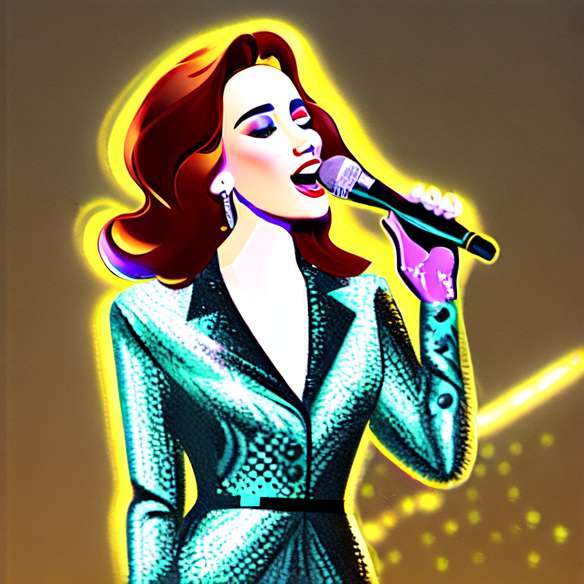 Thursday afternoon, behind the scenes of the bonus of The Voice, Jenifer we confided his fear. Fear of judging, eliminating one of the talents she chose to participate in The Voice, afraid of being overwhelmed by the emotion faced by the performances of talents who "do things to her". Hypersensitive, passionate, emotional, Jenifer is also a hard worker who jealously watches over the talents of her team, lifts her spirits, encourages ... During rehearsals for The Voice, the artist was particularly involved with his team. Saturday night, Jenifer and her team took over a title from Lenny Kravitz, an opportunity to show those who still doubted that the pop singer is also a vocal singer. The most relentless remember his recovery of I will always love you, period Star Ac. Molded in a asymmetrical sequined mini dress signed Gucci, perched on black pumps Yves Saint Laurent, the singer - who released a new color of auburn hair, made the show in front of a Florent Pagny convinced by the performance that the singer ...