Trend food: Do you know the "cragel"? 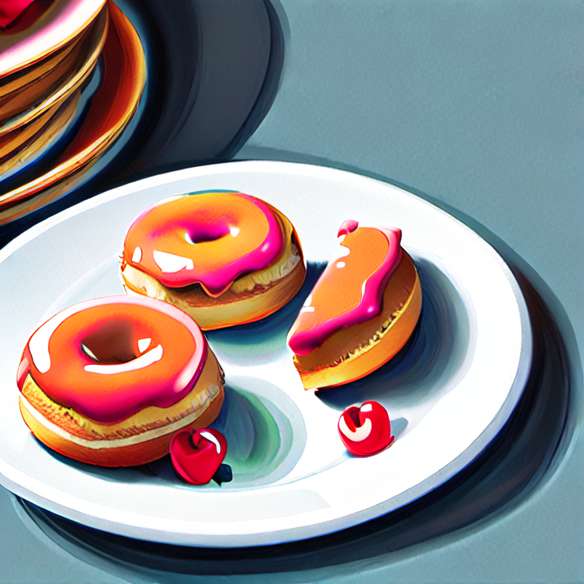 The food trends of the year 2014 promise novelties of all kinds. Cocktails to eat, sweet food, and especially daring mixes. Indeed, if at the moment, few people still visualize exactly what the hybrid kitchen, in a few months everyone will swear by this.

The trendy symbol of this type of cuisine: cronut. Understand a pastry gathering the best of the croissant and the best of the donut. The cronut was created in 2013 by the French baker Dominique Ansel and since everyone gets it in New York. Including the stars. Ask Victoria Beckham ...

In the same vein, after cronut, it is the "cragel" that is likely to rage around the world. This greed mid-croissant, half-bagel is already wreaking havoc in Brooklyn where Scot Rossillo, an American owner of the Bagel Store, decided after the bagel, to embark on the hybrid with the famous cragel. He would prepare about 200 a day. Scot Rossillo defines his find himself as a 'delicate buttery butter pastry, cooked in a tasty and delicious bagel'. Yum.

If in France, this new delicacy is for the moment unpublished, in Brooklyn the cragel are the new pastry sensation. After the donut, the bagel, the cupcake, the muffin and so the cronut, the cragel is about to become the favorite little sweetness of the Americans.

Especially since this year, the sweet is in the limelight question gastronomy. So, the cragel will compete with the ice cream sandwich, a kind of cake mix and ice cream. It could also be that the cupcake is revisited for a very tasty frozen version.

What to salivate in advance!

Read also: Solid cocktail, food bike ... What will be the culinary trends of 2014?


Bizarre Bites: The Cragel, a Croissant and Bagel Hybrid (October 2021)