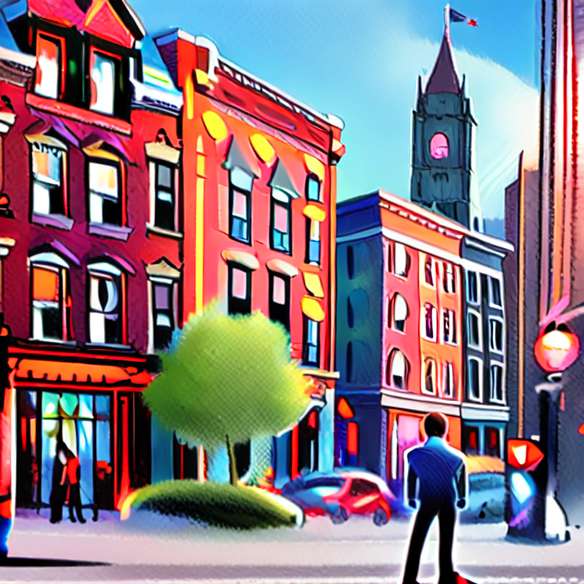 The family tradition is not only a constraint, it can also be a force. The cultures where one naturally takes over from one's ancestors offer the advantage of not having to seek to become someone. It's about being someone, which makes a big difference. To live up to a particular heritage.
A vertiginous challenge, which sometimes makes the difference between a civilization and a market. In Japan, the Miyazaki family is associated with the best in cinema animation manga version. Goro Miyazaki takes over from his father, Hayao (Princess Mononoke, Spirited away, The Howl's Moving Castle...), to give life to one of his dearest dreams: to make a movie from Tales of Terremer, the cycle of novels by Ursula K. LE Guin, classic Heroic Fantasy for over twenty years.
To do this, the animation team that had been working for years under the guidance of the father gathered around the son, who signs there a first feature film with sober and controlled narrative.
The father-son relationship is at the heart of this story, since it begins with a parricide. Arren, prince of Enlad, seventeen years old, kills his father and seizes his sword, a weapon soaked with magic, before taking flight. The reasons for this act are confused but this confusion does not hurt the story. The shadow of this crime pursues him. It is a threat and a challenge. Threat to have a day to look at this crime in front and challenge to redeem the blood shed by a heroic act. In his journey, he will ally himself with a great magician, The Sparrowhawk, to restore the balance of the world that an evil witch has broken.
Movie dark but sumptuous, The Tales of Terremer are the story of a stupefied society that looks terribly like ours.

The tales of Terremer ***, by Goro Miyazaki, theatrically released on April 4, 2007. Miss Potter, or when happiness makes you a rabbit

Renée Zellweger is Bridget Jones. The role sticks to the skin. Even disguised as a good family girl of the Victorian era, we can not help but think of the thirty-year-old chick who drags his celibacy pub garden party. It takes a good quarter of an hour to believe this Miss Potter, very little known author of the famous "Peter Rabbit" and its aftermath. After this quarter of an hour, we let ourselves be convinced by its story, poignant and funny in turn. Helped by Ewan McGregor and Emily Watson, at the pinnacle of their art, Renée Zellweger generously serves this extraordinary woman, who was an example of emancipation for thousands of women and an ecologist before the hour (very trendy this Miss Potter! ).
Author of children's books in an England where the industrial revolution triumphed, Beatrix Potter was the ancestor of J.K. Rowling, who named the young sorcerer's apprentice by his name. The tale "Pierre Lapin" has sold 40 million copies worldwide and has been translated into more than thirty-five languages.