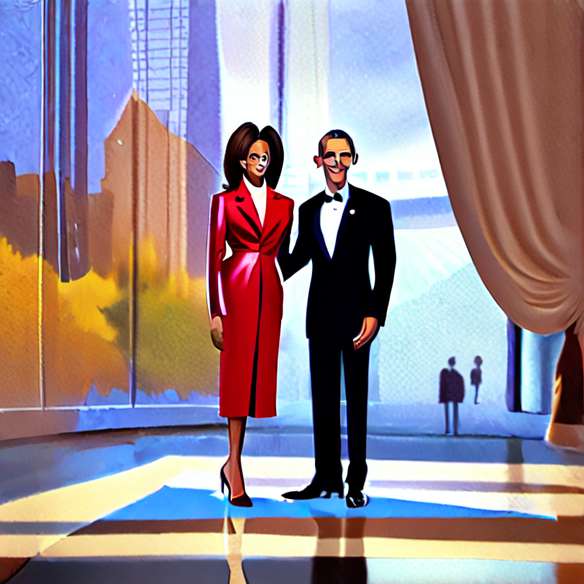 Fervent supporter of Barack Obama during her campaign (she even sported a T Shirt with her effigy), Sarah Jessica Parker has just been thanked by the President who has just appointed her to the Committee on Arts and Letters, a newly created committee.

The fashionista of Sex and the city will be in good company since she will find Anna Wintour, the high priestess of Vogue US immortalized by The devil wears Prada.

Thanks to his two shock coaches, Barack and his wife Michelle Obama will no longer have any excuse for fashion faux-pas. Because if Michelle Obama is already a fashion icon and one of the most beautiful ambassadors of American designers like Jason Wu and Alexander Wang, Barack Obama still has some progress to make.

If his natural elegance makes you forget his style mistakes - hard to forget the cover of the Time with Barack Obama shirtless in red shorts - we can regret the choice too classic of his suits and his neckties tone on tone!