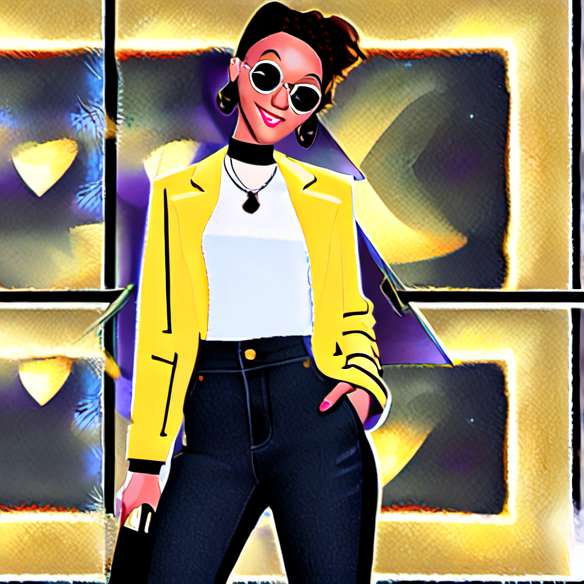 In a big Parisian hotel, the Australian singer now living in France, Tina Arena, evokes the release of his last album in French, ''7 lives''. This new album is a mix of ballads and pop-rock songs. Listening, what catches the attention, it is the mixtures of musical styles present on the disc: Persian guitars and Senegalese choirs mingle with the Asian sounds and a Corsican singing sung with Jean-François Bernardini of the group I Muvrini.

What we also notice are texts committed to current issues and societal issues. In this new album, some words, in the line of '' My name is Baghdad '', reveal the interest of Tina Arena for the world on the move and reveal the concerned citizen as much as a woman in love and a mother.

Meet Tina Arenais also discovering a funny woman outspoken that contrasts with the more common image that may return some of his songs. Spontaneous and open, Tina Arena is interested in his interlocutor, asks questions, starts a discussion on politics and the role of the media ... Far from being a diva, this woman is in life.


Can you tell us the genesis of your new album '' 7 lives ''?
It's a record that's close to me. I really got involved at every stage: composition, production, production ... I think this album looks more like me. For the other disc I was pregnant, I could not invest so much because I was tired and I could not work too much.

Some texts evoke motherhood and love and from a more global point of view, you feel concerned even worried by what is happening in the world. Is it maternity that made you want to express all this?
It has always been in me, even if I did not have the opportunity to address this type of topics in French. With '' Do you hear the world? '' It's a little more obvious: '' do you hear the world run out of steam, talk to you ...? ''. I have always had this awareness but motherhood may have allowed me to approach things in different ways.
Our daily reality, what we envision for the future of our children has nothing to do with what our mothers have known. In a way, they were more naive, we are not naive. There is an extraordinary side of life today: nothing is hidden. At the same time, it's a little pervasive all this negativity every time you turn on your TV! That said, even if I tackle "hard" topics, hope is there!

You feel concerned by the fate of the planet and by the international news. We remember the song '' My name is Baghdad '' which could surprise in the current context ...
I found the song and offered it to my record company. It is true that they were hesitant.

There were negative spillovers?
Not really, the reactions were rather positive. That said it does not matter, I need to tackle topics like that! These are topics that concern me. It was the moment for me to approach them and not just to release an umpteenth disc just because it was necessary.

Your album is called '' 7 lives '', what does it mean?
I believe we have many lives in one life. We change all the time, we do not get stuck at a specific stage ... at least I hope so! The girl I was at 20 was a person. At 30, it was another. And at 40, I changed again. There are many things that I do not accept anymore. People live in a bubble and do not realize what's around them, they have lost all common sense. I have less tolerance for things like rudeness and lack of civility. Call meold fashioned if you want, this is not a problem for me!

On this record, we hear Senegalese songs, Asian sounds, tango, a duet with one of the singers of I Muvrini ... it was a strong desire this mix?
I am a great traveler, I went to Asia in particular. I also have a Cameroonian brother-in-law who is a musician and who introduced me to African music. I love music and I have always valued music diversity. I listen to Brazilian music, jazz, classical music, African music ...It's a trip. For me music should allow people to travel and discover something else.

Watch the music video for Tina Arena "Do you hear the world?" : click here.