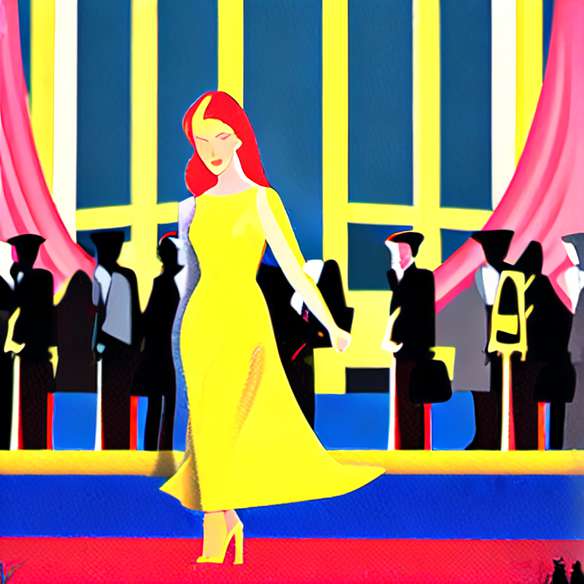 The glamorous style according Vahina Giocante is signed Yves Saint Laurent, without a doubt. For her climbing steps at the last Cannes Film Festival 2008, the young actress and companion of the designer Ora-Ito, had chosen a fluid and very low-cut dress of yellow-orange color. Ideal to bring the sun on the Croisette and highlight a naturally golden skin.